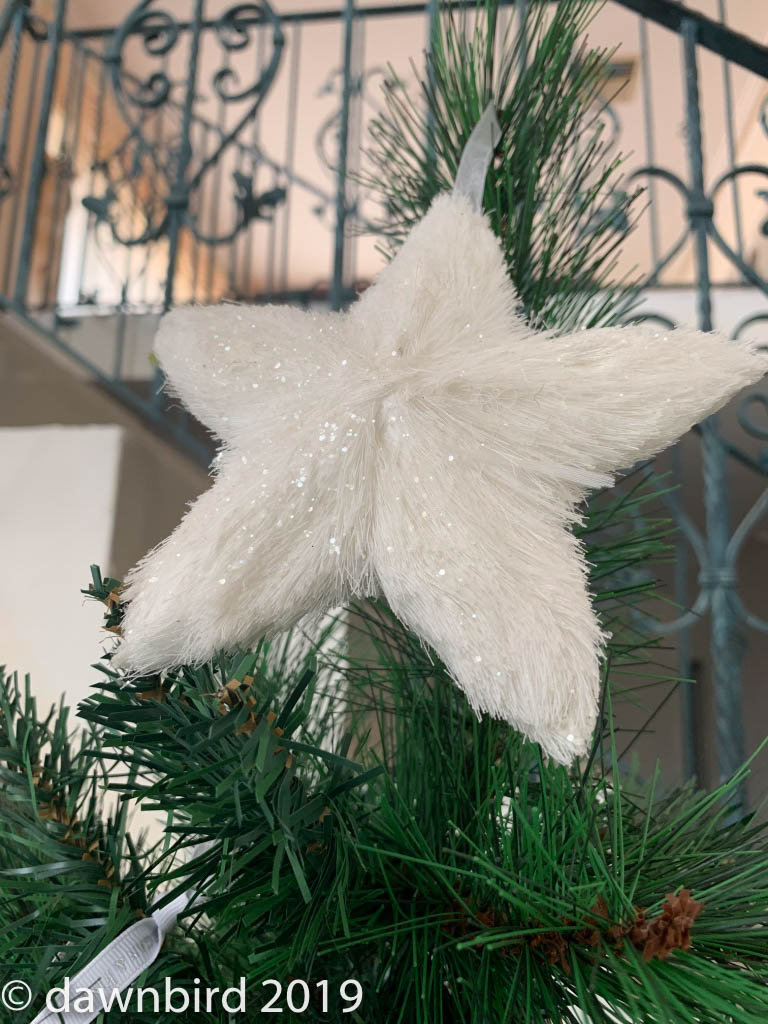 Although we did not eat our Christmas meal at my home this year, I still enjoyed trimming the tree.  Some traditions are worth maintaining I felt because this Christmas was one of surprises.

About a month before Christmas, Daughter introduced me to veganism, not for political reasons, but as a lifestyle choice.  We went to a few vegan restaurants and I found the food really tasty.  I thought I could never give up cheese but surprisingly I’m not missing it that much especially over the holiday period which should have been a challenge.  I’ve adapted to almond milk and don’t drink as much coffee as I usually do.  I’ve had negligible amounts of meat, seafood and cheese without the discomfort of wanting more but I’m pretty sure I won’t be able to sustain it when travelling, as closely as I am, when at home.

Our Christmas celebrations at Son and DIL’s (daughter in law) home was amazing.  She has been a vegetarian since she was in her early teens.  That truffle mac cheese with herb topping was delicious!  Everything else was plant based.  She was a star this year.

Daughter (aka my wild child) is going through an eco and vegan phase.  (She has also discovered KonMari!  Wonders never cease!).  She wrapped all our presents in remnant cloth pieces.  Another star is born!  DIL will use the material in costumes that she sews during the year.  Daughter also delighted in giving us a ghastly salt and pepper set that she picked up in Mexico, the same for each household, because she said between peals of laughter, “everyone should get at least one crap present at Christmas!”. 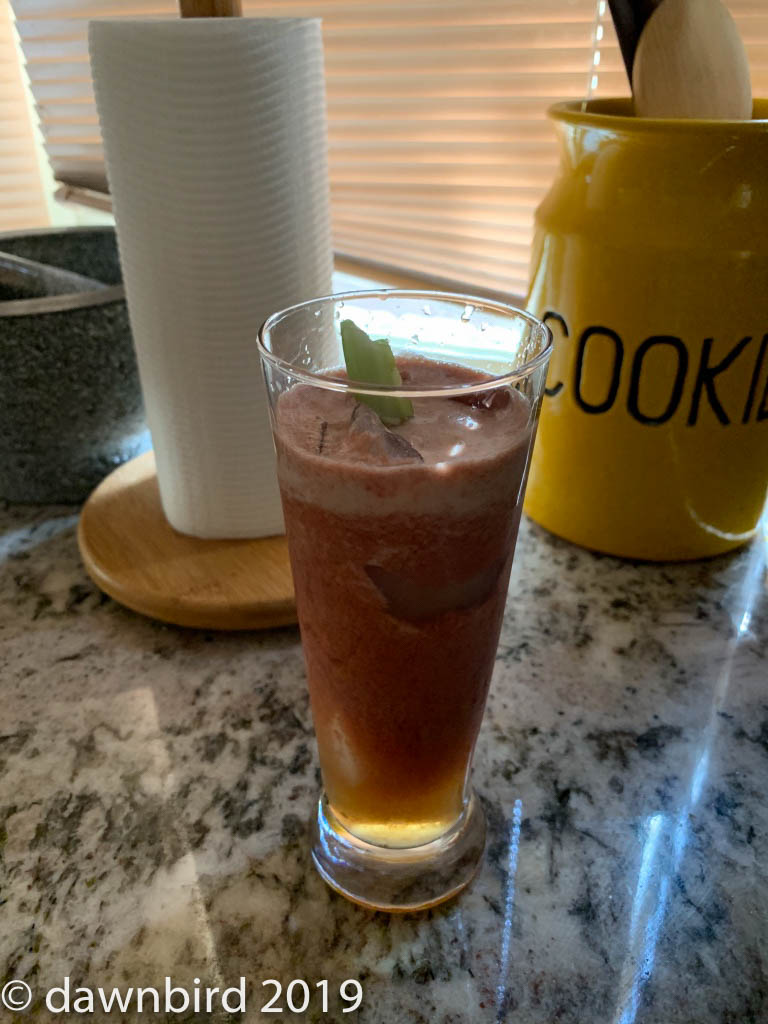 Daughter also tells me a Bloody Mary is one of those drinks that one can start the day with, and not be judged!  So I made a jug of this with fresh produce and started my day.

So this Christmas there were no food comas.  Just a feeling of satiation.  Of giving and receiving love and … a jug of Bloody Mary!

In response to Word of the Day Challenge – Star

2 thoughts on “The stars in my galaxy …”