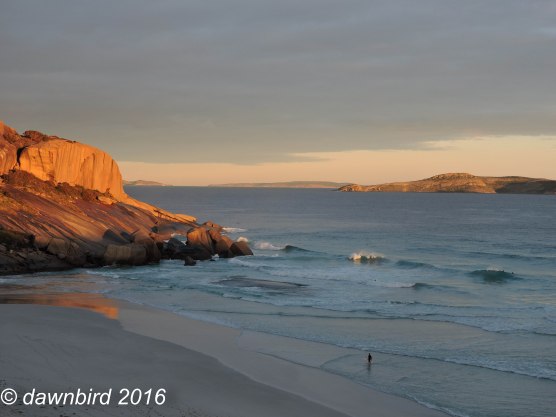 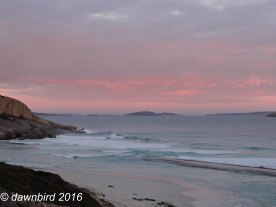 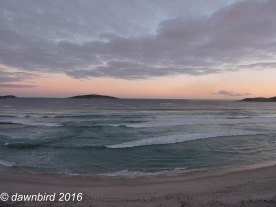 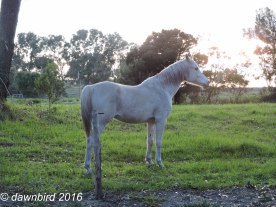 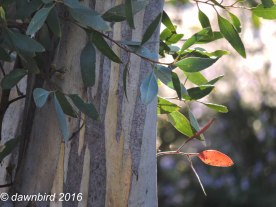 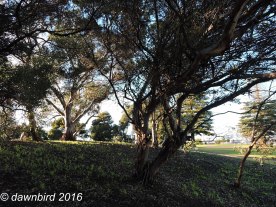 After heavy rains, my anxiety of flying to Esperance in a small plane was heightened.  The airport was crowded with miners.  I thought either flights were cancelled or else I have caught a swing shift mid week.  With no logo identifying my airline on one of the three gates, for a fleeting moment I wondered if I had arrived at the wrong airport.  Then I saw a queue of people, young and old, in wheelchairs, on crutches or supported by walking sticks.  Folks who had come to the city for treatment, returning home.  It confirmed, the short queue was for Esperance!

On arrival it was surprising to see Esperance dimly lit in the afternoon.  Cresting the ridge at the highest point in town and under the canopy of dark clouds was the familiar panorama of Dempster Head at West Beach.  It never fails to take my breath away.  A favourite spot for young teen surfers who seem to brave any weather.  With barely an hour of sunlight I made the most of my time outdoors with camera, despite being bent in half by icy winds.  Next morning it was a quick drive to the other side of town, to Wylie Bay, another favourite spot for surfers.  Flanked by rural properties and scrub the birdlife here is prolific but unfortunately, due to weather, they remained sheltered.  So it was just the magnificent horse, standing still, a silhouette of perfection in the early morning sun.  Little did I know that was the last I would see of the sun until the weekend.  It rained and the winds howled in rage for two days.

After an extraordinarily busy two day schedule, I went to bed at 12:30 am after setting my alarm.  I was flying home next morning and the party of contracted road workers in my block, were not.  At 6:29 am, as is my habit, I woke a minute before my alarm went off.  Mindful of their hangovers, I rolled over quickly to switch it off.  The momentum carried me off the bed.  I landed with a resounding thud on the floor, my right calf now in the teeth of a vicious cramp.  Lying on the carpet, helpless with laughter and pain, I could only wish for a better day!  And, it was.  The sun was out and I had a window of a few minutes to walk down to Museum Park before check out.  The pond is always interesting but this morning I found solitude among the trees.

On this trip I saw Esperance as many other people see it with a shudder.  Wild, windy and cold.  It is my first experience of real winter here, despite visiting at least once a month, for several years.  It was a different space.  I realised Esperance has many seasons in a day, even in summer, but there are some familiar self-designated spaces where I am enchanted time and again.  I carried that perspective with me, determined to replicate this in my home.

So, with help from my young family yesterday, I am now in a study that faces East.  I have desk space of 12 feet.  Interestingly with more space, I have gone minimalist.  There is no clutter.  There is a place for everything and everything is in its place.  Overlooking the roses, the former study is now the library, a room where I can truly relax.  With these changes, not yet 24 hours old, my home is casting a spell.  I am enchanted with my home, my space, already.