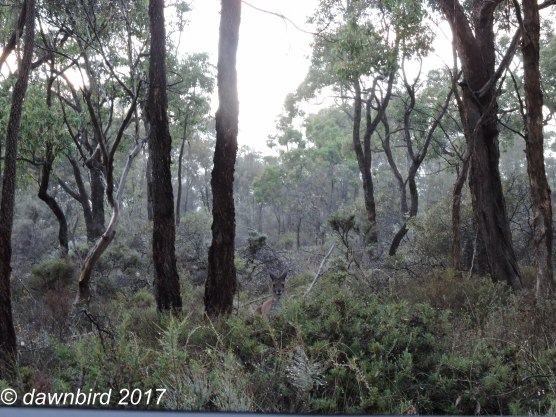 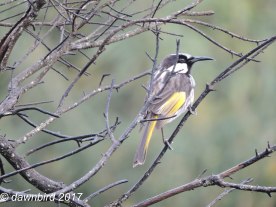 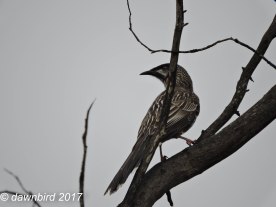 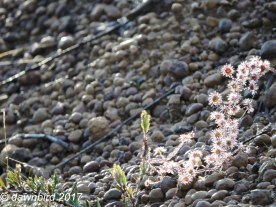 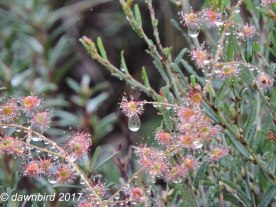 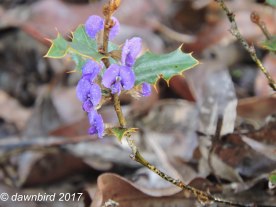 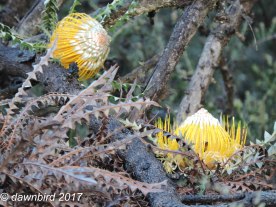 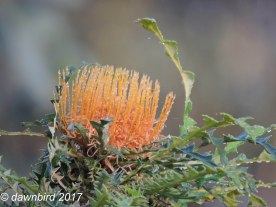 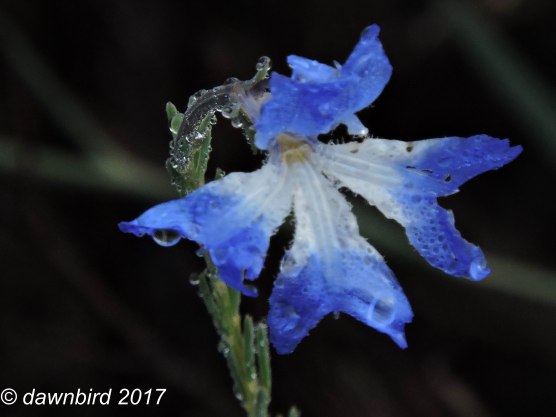 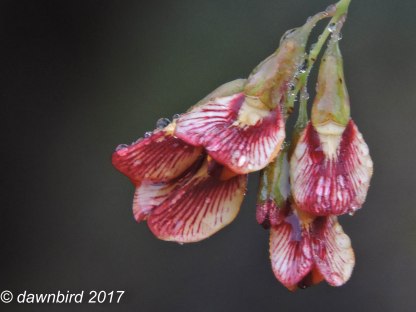 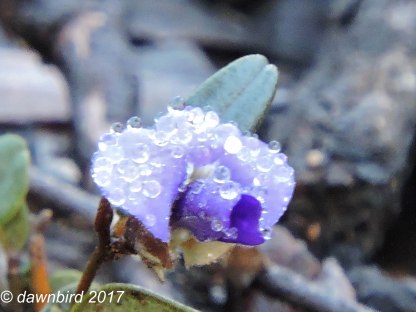 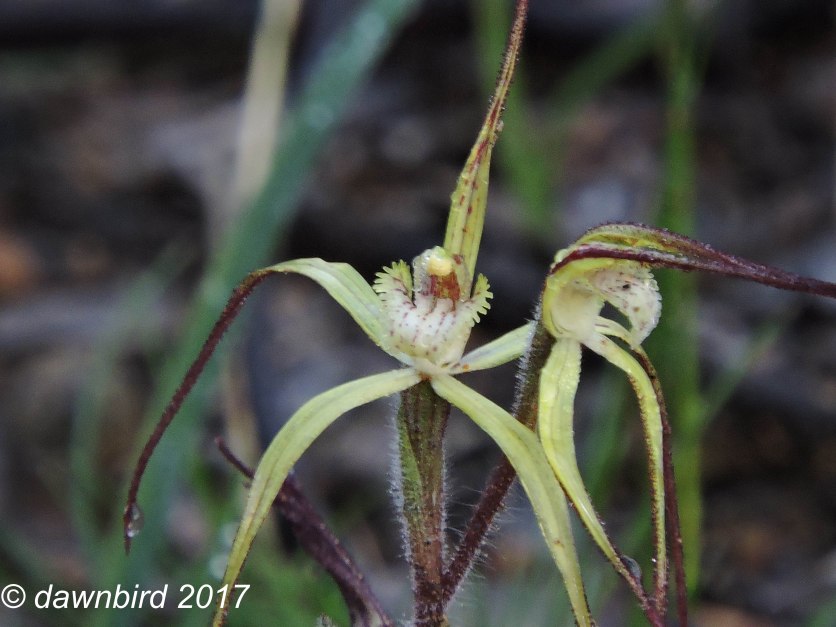 There is a difference between going on a silent walk and being silent when walking.  I’m learning about the latter.  It is all about the sensory experience.

I set my alarm an hour before sunrise so I could turn the heater on, then dressed and waited for first light.  I drove to Foxes Lair, Narrogin, turned my windows down, took off my sunglasses and watched nature at her best.  I inched into this 68 hectare bushland.  I know there are grey Western kangaroo here but have seen them only twice before.  This time, we played a game of spot the kangaroo!  The bush at this hour is magical.  The birds eat, play and then groom themselves meticulously.  The white cheeked honeyeater is somewhat smaller than the ones in the South West and the markings seem to be more striking.  The humble red western wattle bird always catches my eye.  Some find them ordinary.  I think they have a certain elegance.

I focused of what was happening at my feet.  So engrossed was I that I only realised there was someone else nearby when a dog on a lead became impatient as his owner stopped.  An elderly lady looked bemused.  A local, she asked me what was the drawcard that brought people here with their camera.  She could not see what I could see.  The flowers I was photographing were mostly tiny.  To find a primrose spider orchid was a special treat!  I walked up to her and showed her a few of my photographs.  She looked at me, saying, “Oh my word!  I had no idea!”

My prayer that morning was a short and humble one.  I asked to be shown something beautiful that I could share with others.  My prayers were answered, I believe.