I came to Australia as a migrant over 40 years ago, an anniversary I celebrate this month with affection.

This morning, I recalled my youth in India.

A child of no more than eight, I would sit at the window in the bedroom.  It overlooked an open field where water buffalo grazed before returning to their owners at dusk.  I would pretend I was completing my home work while my thoughts drifted to far away places that may or may not have existed on the other side of the world.

I believe from the age of six, I had promised everyone within earshot, I would leave on a plane one day and travel the world.  For a little girl to have such big dreams, I’m sure it caused my mother some stress.  It was a different world then.

That little girl went on to live in Canada and for a brief time, in the UK, too.  She travelled the world, one that existed in her dreams and found, at times, it was as amazing in reality.

But now, she calls Australia, home.

Over the years, I did what most migrants do.  I worked.  I studied.  I raised a family.  I created a home for my children.  Disenchanted with some aspects of being an employee, I travelled my own path and started my own business with nothing but a degree and courage.  I now provide a service I could never have dreamed of, to the wider community. 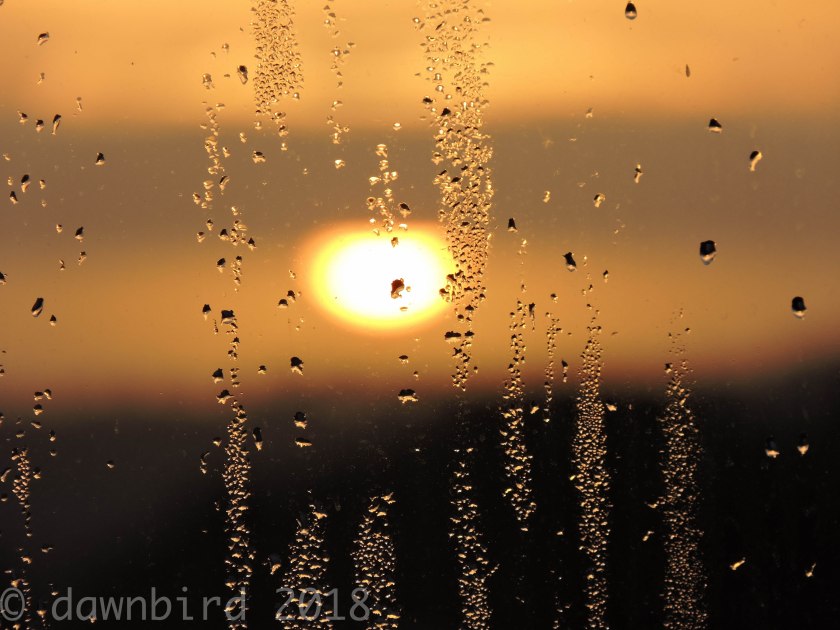 I woke this morning in cold and frosty Narrogin.  It was a challenge to get out of bed but I could not help but feel so blessed.

The sunrise was magnificent over the township.  Snuggled deep under covers, I felt I was the only one watching the sun emerge. 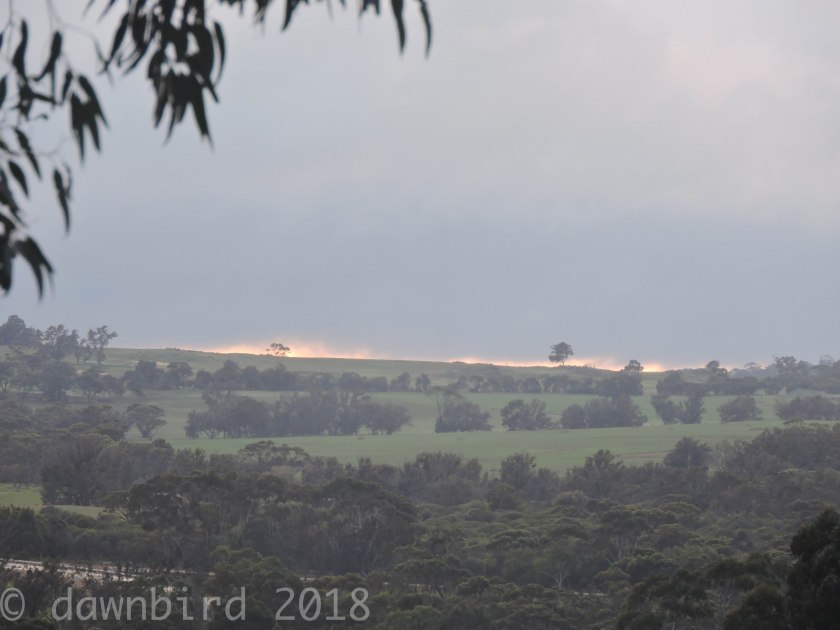 I stayed warm in bed, until past sunrise.  I knew it was too cold, even for birds.

I then set off to Foxes Lair, took a deep breath while taking off my sunglasses and settled down to the big experience of the ‘here and now’. 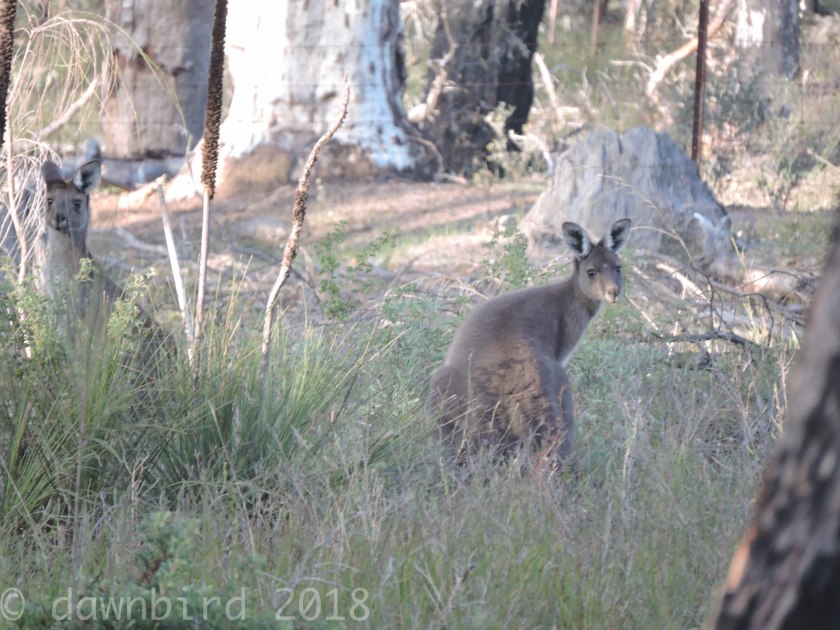 I was there with the usual early morning company. 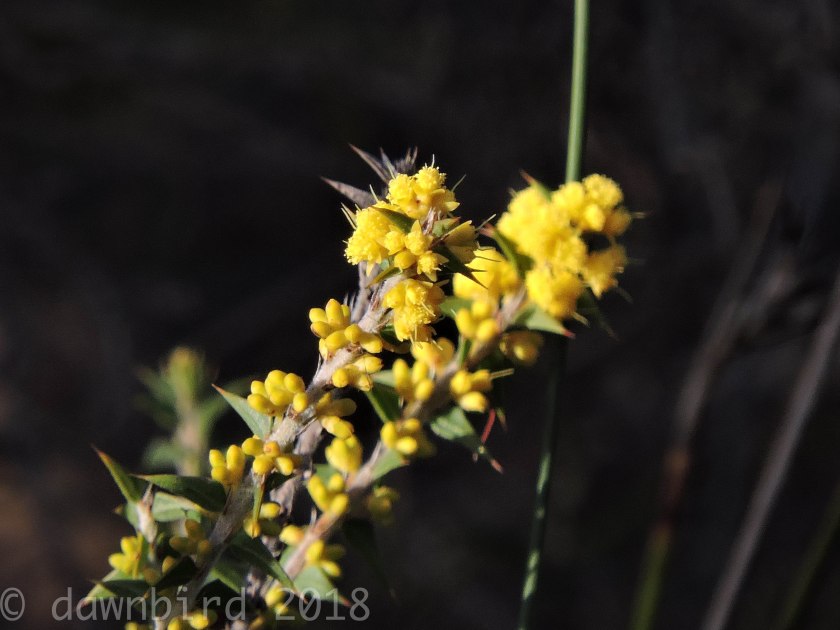 It was interesting to see the change of seasons reflected in nature.  The bush is just starting to burst into colour, with striking fronds of flowers.

A little pink, too, here and there.

And, tiny flowers of ground cover.

The dryandra, beautiful but prickly, everywhere. 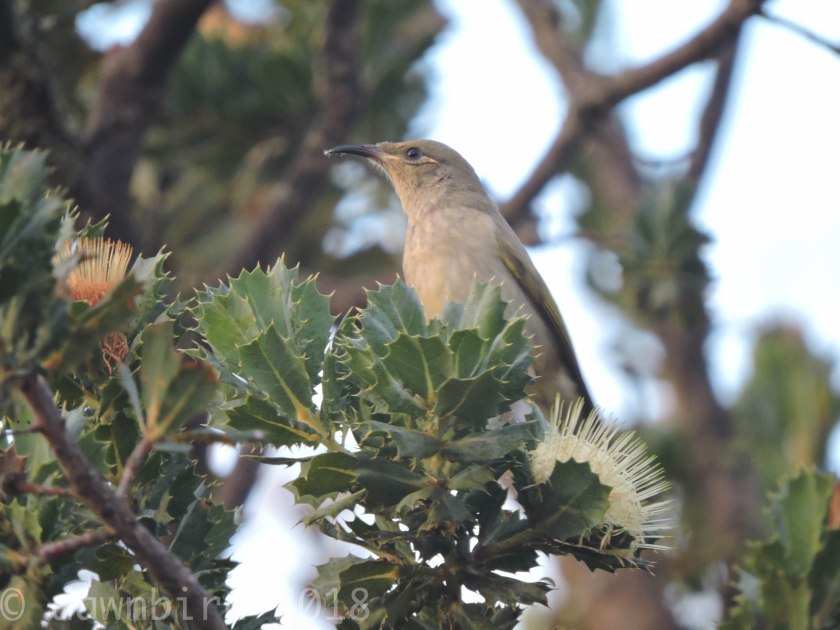 The honey eaters love this plant.  Bees, too, but they were not buzzing today.  Perhaps, too cold this morning for them. 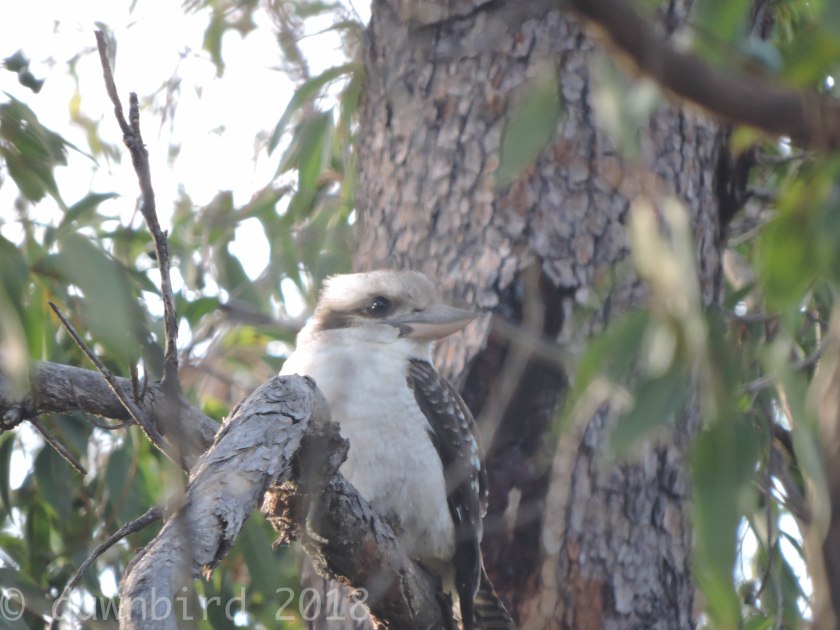 The kookaburra emerged from a hole in the tree.  It started to chortle.  It sounded like a kettle coming up to the boil, before it reached the crescendo that is so typical of its call.

And when it stopped, it looked straight down at me!

I charted a path in my youth.  It was magical and filled with dreams of the, seemingly, impossible.

I still do the same each day.

Today, smiling, I stood eye to eye with the young kookaburra and thought, why wouldn’t I?