It’s been an eventful few weeks but the highlight has got to be one of the Perth Festival events, Boorna Waanginy – The Trees Speak.  The roads to our central park in the city, Kings Park, were closed so people came by special public transport or like us, parked a distance away and walked several kms.

In the warm, dark night we moved towards the park, like rivulets that grew into tributaries finally joining at the entrance forming a human canal that flowed almost silently for 1.5 kms.  The remarkable thing was that although there were thousands of people, most were silent, including children who were entranced by what we saw and heard.  Some folks even moved on to the lawns, lay down, eyes closed and meditated.  Magic night!

The tall gum trees were canvas to the stories and biodiversity of the six Nyoongar seasons and shared through the eyes of the first people with the intermittent haunting sounds of the didgeridoo that made one catch one’s breath.  There’s a short clip on You Tube that’s worth a look for the full effect.  (My pictures don’t do the event any justice). 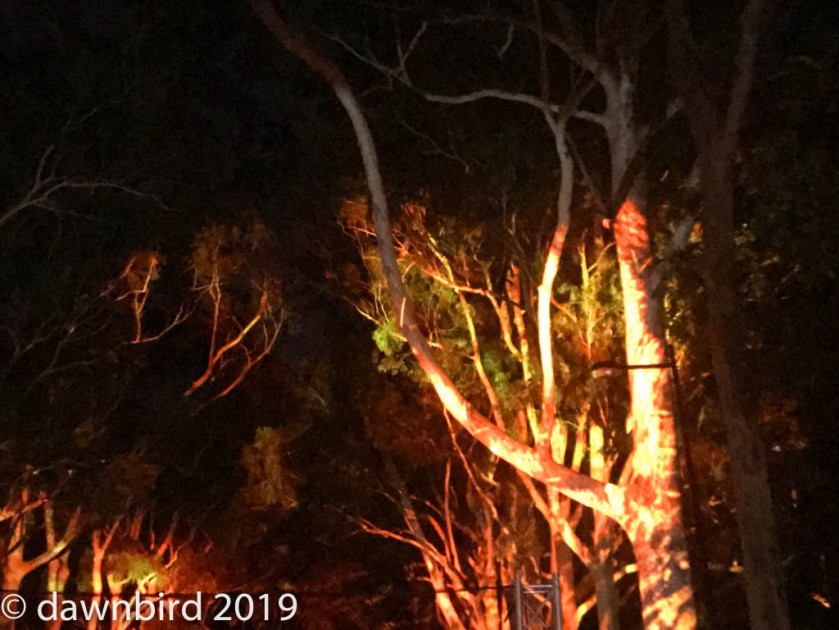 Through gardens of anemones that floated above us, a wondrous underwater canopy.

And watched fish swim up trees.

I loved the shadow drama of hunters and gatherers that made people stop and stare in silence.

And the forest walk where … 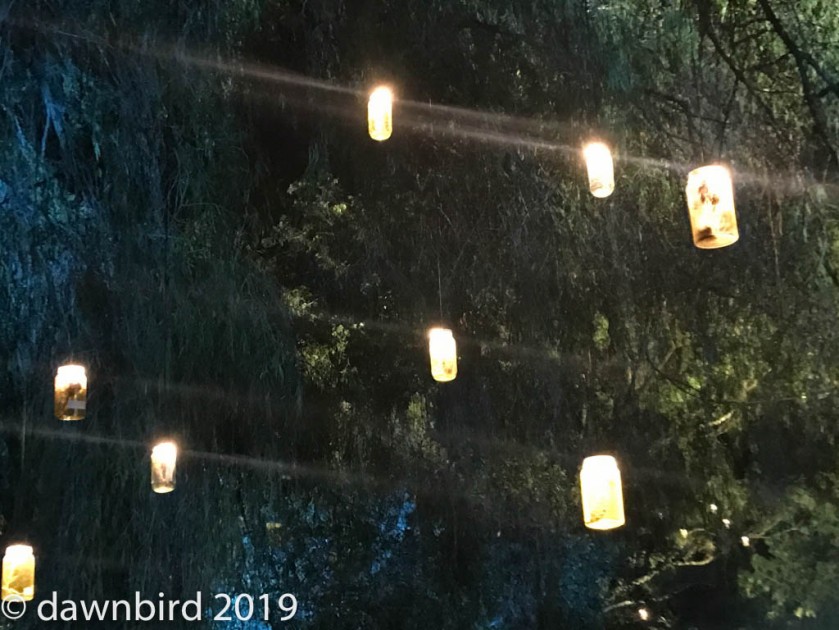 Endangered plants in lanterns lit up the night.  A sobering thought.

by children and indigenous elders .  The audience was rapt.

I’ve never been in such a large crowd of people and yet experienced something so intimate.

9 thoughts on “Oneness: ‘The Trees Speak’”