Yesterday my son invited me to breakfast, just the two of us.  His exams start on Monday and he wanted to go over some work with me.  He is 18 months away from graduation from a four year degree and can’t believe how quickly time has passed.  He now realises, when one enjoys what one does, the concept of time is irrelevant.  He’s been tapped to do postgraduate study and he’s conflicted if he should or not.  His lecturers also asked him to give a seminar to the incoming students, a pep talk, which he really enjoyed doing.  It’s such a pleasing thing to see others also recognise his potential.  After graduating from a four year spatial design degree and while working ten years in retail, he never worked in his chosen field and made a huge switch by returning to study.  I would never have imagined he would be a natural for what he wants to do with the rest of his life.  His choices are many but he’s really keen to work in clinical rehabilitation.  His mantra, “I want to make a difference”, encapsulates his chosen life.

I was telling my son about a book I’ve been reading, ‘Ikigai’, The Japanese Secret of a Long and Happy Life.  I’ve been trying to integrate this philosophy, at times unconsciously, and other times, with awareness.  One of the things I’ve been trying to do, is do something new each day.  That was enough cue for my son. 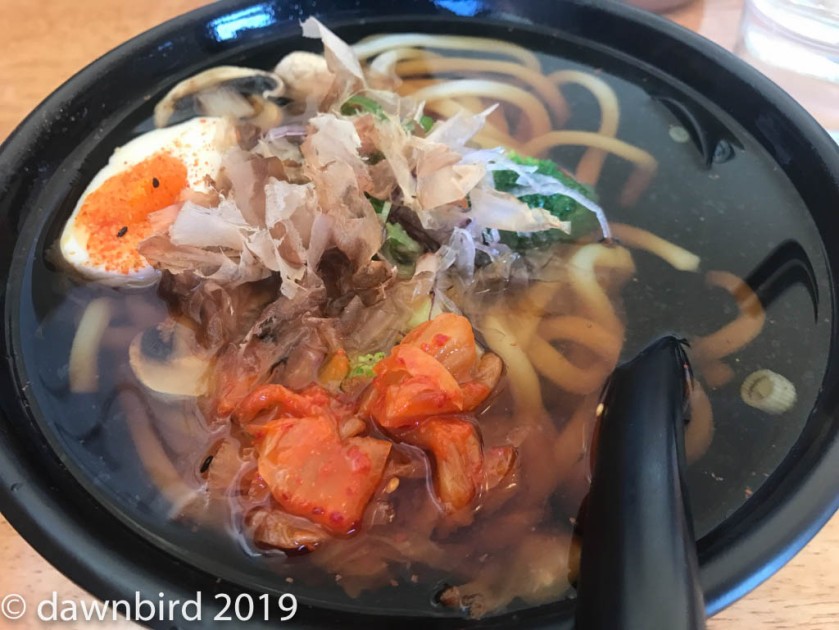 Instead of having breakfast at home yesterday, we went to a Korean/Japanese restaurant and I had the best breakfast Asian broth instead of the standard Western fare.  It was just what I needed.  It felt nourishing and I came home feeling nurtured. 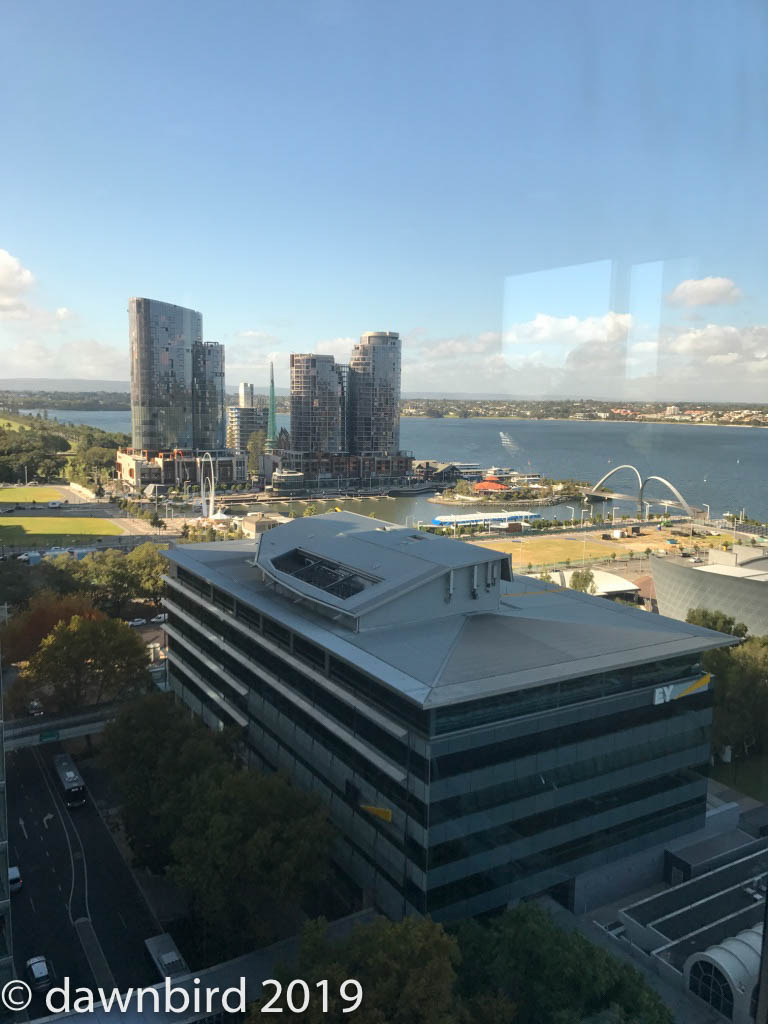 Today I feel so distant from my city.  I no longer recognise the skyline.  It has changed while I was not looking.  I’m not enamoured by concrete, glass and metal.  It leaves me with the sense of window shopping life.  But, I do have plans to walk under the arches of the new bridge.  When Pink was performing in town, the city council lit up the bridge in pink lights.  It was pretty!

To leave the city and work in rural regions, is something that makes me happy.  I’m immersed in the moment, which is my chosen life.  This is lunch time in Coolgardie, in the Goldfields.  I’m far from home here!

I’m off again to the mining region where the mulla mulla is just starting to bloom.  There will be carpets of pinky mauve fluffy flowers soon.

And, of course, the golden gum flowers that signal winter are making an appearance.  Like me, tightly wound but waiting to bloom, when the time is right.

So I’m off again today.  The last two weeks were eventful.  I had little sleep but the down time to play, made it worthwhile.  That’s just about the sum of my life, for now.

May you experience the philosophy of Ikigai today.  May you find what intersects your passions and talents, that makes your day worthwhile.

In response to RDP – Sunday: Sum