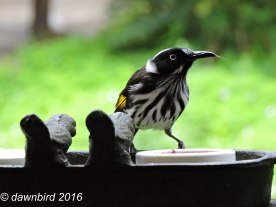 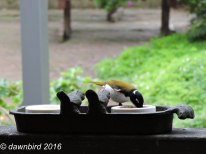 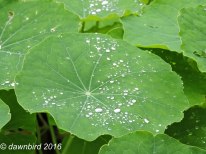 My work promotes objective observation.  From that perspective, there is value in this.

But I have found, the value gained from observation, is also subjectively immeasurable.  Nature has taught me this.  Unexpected value.  And, delight.  Delight in those still moments between movements.  Between sounds.  Between words.  Between people.  Fleeting stillness.  A moment so silent, it captures all senses in one scoop.

I found this on one of my trips to the southwest region of Western Australia.

While enjoying the activity around me I noticed some birds take time out.  Mindfully.  They observe.  Sometimes, for a nanosecond.  And, when I’m trying to capture the moment, they take time to observe my fumbling attempts!  Zooming in on a New Holland honeyeater I found they have a slender tube like structure at the end of their beak.  Exquisitely slender and delicate, no doubt functional for dipping deep into flowers for nectar.  Always dazzled by their striking plumage, I had never noticed this before.  Panning around me I saw a bird, larger than a silver eye and somewhat similar to the honeyeater.  Unusual.  Almost hybrid-like.  Alone it darted about anxiously among flocks of other species.  It finally flew down briefly before me.  A white naped honeyeater!  Beautiful!  I’ve been to this garden cafe a few times before.  What else did I miss?  The old ‘dunny’ (outdoor toilet of a bygone era) listing along with trees that suggested, the winds from the ocean blows strong.  Within the crumpled paper white petals of the poppy, bees dusting themselves in yolk yellow pollen.  They seem to know, spring is nearly here.  And, there were diamonds strewn across the humble nasturtiums leaves, seen by only those who rise early, before sun, the thief.

There is a difference between looking and observing.  A gap as wide as talking and listening.  There is power in observation, as there is in silence.  But, only if it is practiced mindfully.