After a full eight hours sleep, I’ve been working steadily for three hours this morning.  I’m making progress and it feels good.  The backlog, fingers crossed, will be cleared this weekend before I’m back in the air again.

I worked with a team about a year ago, just for a couple of days, for professional development.  There were some practices I liked very much and I found myself committing to working in a similar manner.  I’m still fine tuning my style to adapt to my circumstances.  I’m getting there because I have a receptive colleague who sees the value in working the same way.  We are developing an efficient and effective collaboration.

Finding the right supervisors in 2017 was similar to having  parents with sound values.  It has given me an excellent foundation to build on as I progress through my career, as I become more discerning of pitfalls and opportunities.  One of the changes I had to make was getting a portion of work done and then allocating some time for mindfulness.  This schedule allows one’s brain to function at a higher and more effective level.  Previously, I would plough away until the job was completed.  It was tedious and there was no joy at completion.  I may have known this on one level, but never put it to practice as consciously as I do now.  The results are gold.

During my first trip for the year, this time to the Midwest, I found I did not need to move from my desk.  I could be mindful where I was.  And, where I was, made me productive.  Spending five days in a hotel room it also gave me a chance to observe bird behaviour more closely, the room being a natural hide.

The honeyeaters, various species, arrived on cue at sunrise and shared the space with me intermittently, almost as if they knew I was taking a break. 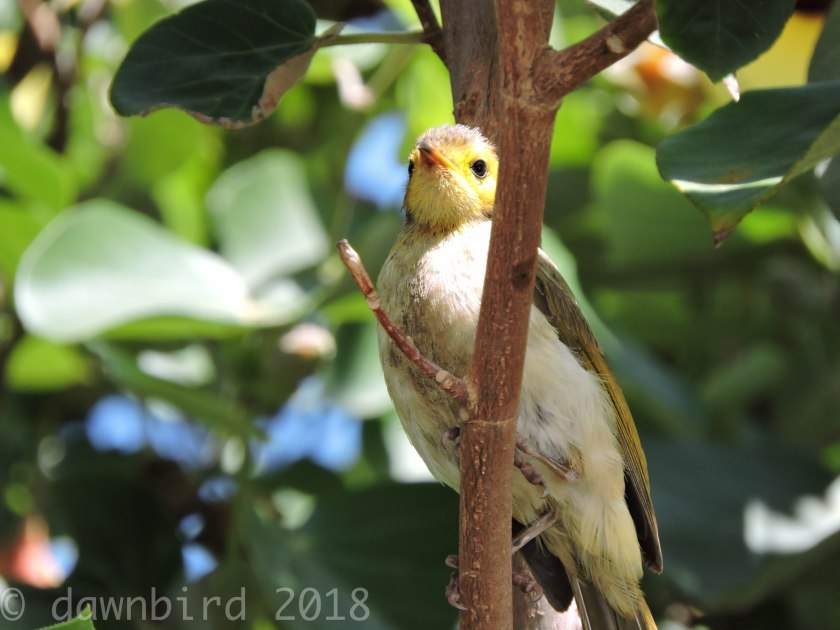 On the last day, the cyclone up north was making its presence felt further south.  I woke to an overcast sky with an imperceptible sea breeze (unusual for Geraldton).  The birds were silent and seemed to conserve their energy.  I knew the birds were there and looked closely.  My persistence became the mindfulness ritual.  In the afternoon I finally caught sight of the white faced New Holland honeyeater snuggled deep in foliage. 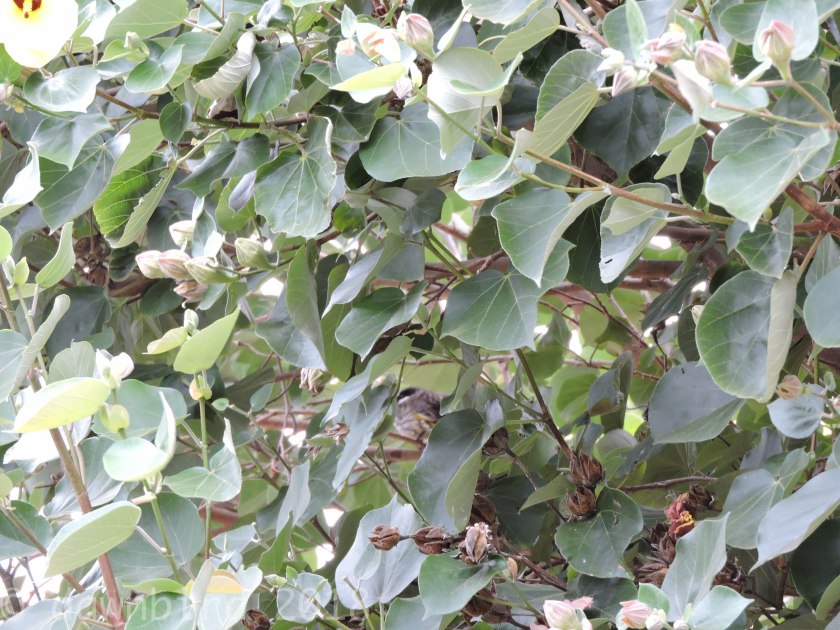 If you have ever observed these birds you would know how active they are.  Photographing them seated in rest is rare. 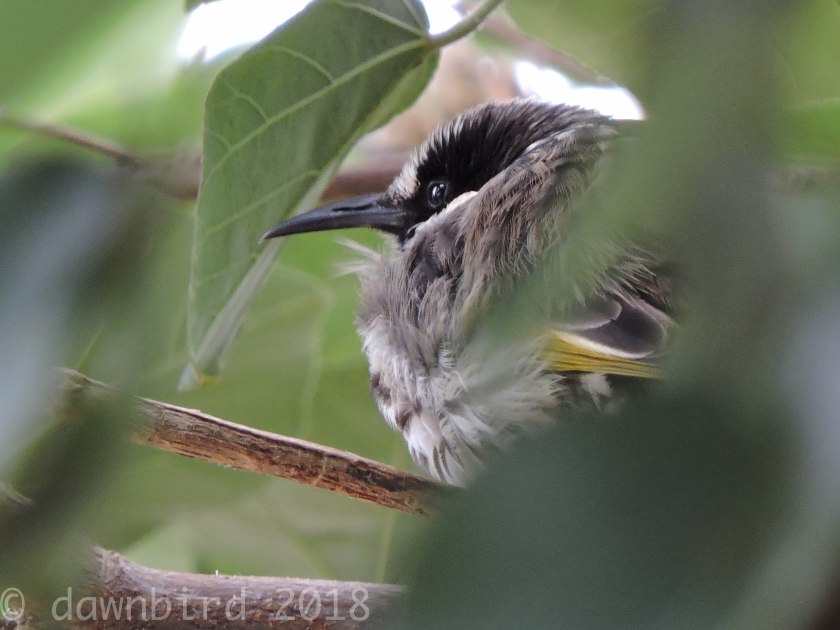 So to catch one having ‘a nana nap’, well, that was a thrill for me!

‘Photobombing’ became the norm for the other honeyeaters, who fluffed up their feathers and …

and peered, vying for attention.

When they left, I found even a Midwest fly can be beautiful, with a glint of gold and wings of lace.

The science behind mindfulness may be more recent but the art goes back centuries.  Put simply, it is nourishing one’s body and mind by being in the moment, in a non judgemental manner.  You stay with the moment, good or bad.  The photographs reflect, time and again, I experience more good moments, than bad.

An early riser since high school, being productive at an early hour, was always the aim.  Now I’ve learned there is a time for work, a time for play, a time to eat and a time for rest. Like the early birds, I practice this.

Put simply, if you dare enter, Nature is a classroom.