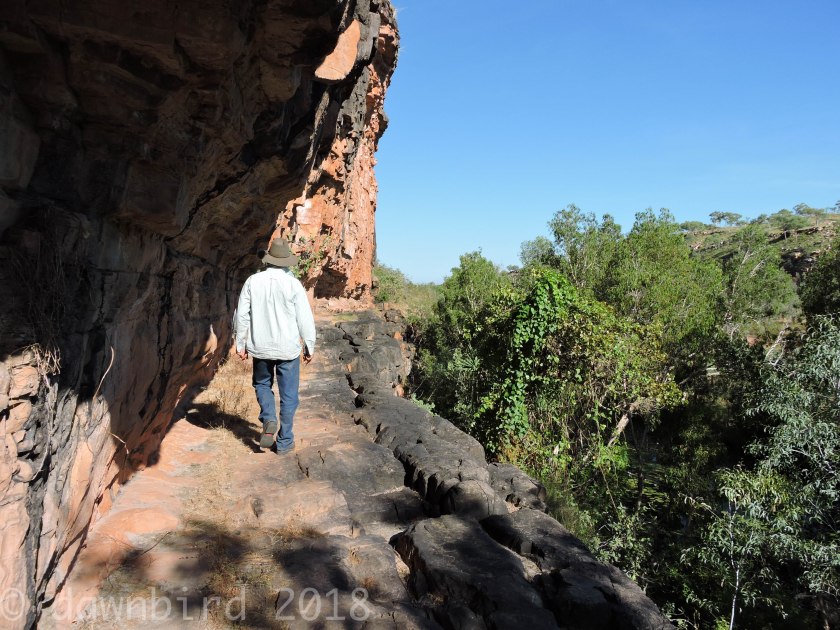 The first thing I noticed about him was his walk.  It was quick and confident, like he knew where he was going and why.  A natural leader, he was the driver.

I sat in the back seat and listened to his conversations with strangers about life, loss and love.  It was easy to trust him, to take his word as truth, his integrity holding up a mirror to mine.  There was something in his laid back “G’day!” the first time we met, but I didn’t know it would give me the softest place to land.

For months I had walked regularly and climbed stairs at every opportunity in preparation for this hike.  We arrived at a designated area by 4WD.  We stretched our legs, limbered up, then walked through spiky spinifex and scrambled over low lying rocks to view ancient indigenous rock art.  He climbed first and hand-over-hand yanked those of us willing and importantly able to climb to the next level.  I looked down to the small billabong below, the view was magnificent from above.  I had set myself a goal and felt I had achieved it.  Little did I know, I was to accomplish much more. 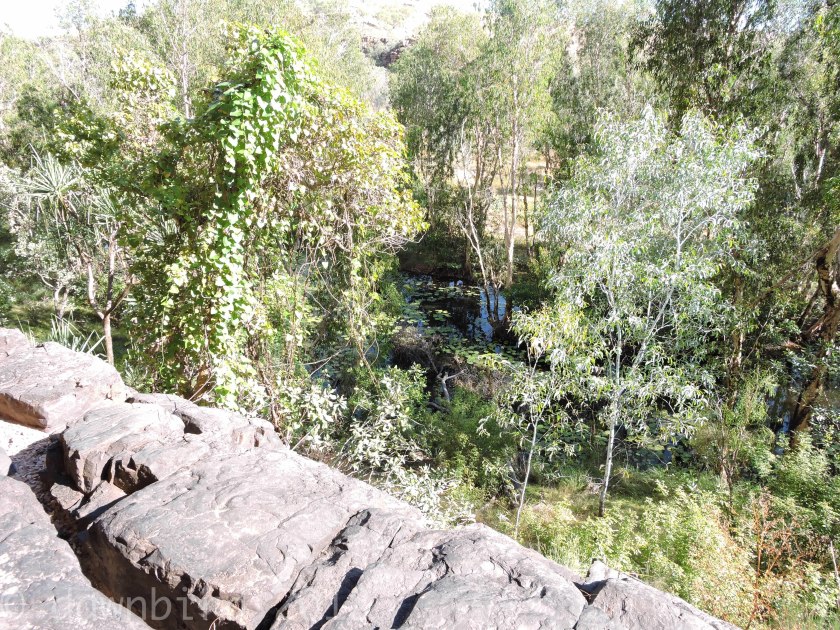 Like any art, it is all about perspective and interpretation.

So we wander around this ancient gallery, heads tilted, cameras angled, sharing our spin.

Then came the descent, an incidental team building exercise of trust.  He descends first.  We follow with him guiding each step, his voice, a command.  “Keep your left foot steady, then lower the right.  There’s a foothold there.  That’s it!  That’s it!  Don’t.  Look.  Down.  Trust me!  If you don’t, we both fall”.  In that moment, step by step, walking backwards blindly, I became surefooted again.

Later he goes before with a helper to the place where we would camp overnight near the river.  We travel with the woman he loves.  It is her turn to trust, having done this before.  She follows the tracks the men left hours earlier, now slight indentations in tall grass.  When unsure, he guides her through the crackle of satellite phone.

We couldn’t be more remote. 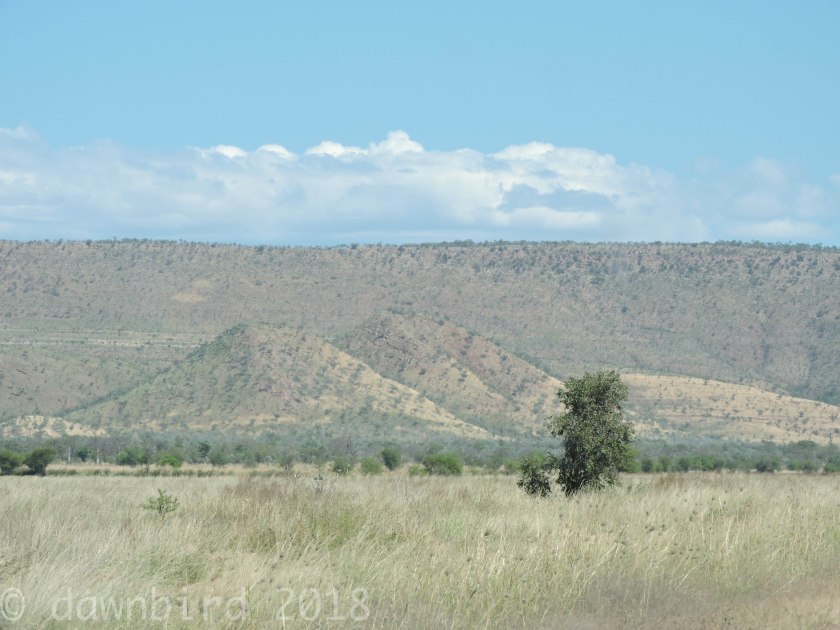 Known for the inherent dangers in this beautiful but unforgiving part of the world, we were immersed in the sights and sounds of the outback.

And, yet, I never felt safer.

He walked ahead of me down the grassy path to show me how a bush toilet works.  I was dressed in protective clothing, he in open sandals, feet exposed.  Mesmerized with fear, I tell myself, this is a walk in the park for him.  He had once worked with crocodiles.  But I can’t help remembering the huge monitor lizard we had allowed to pass us earlier. 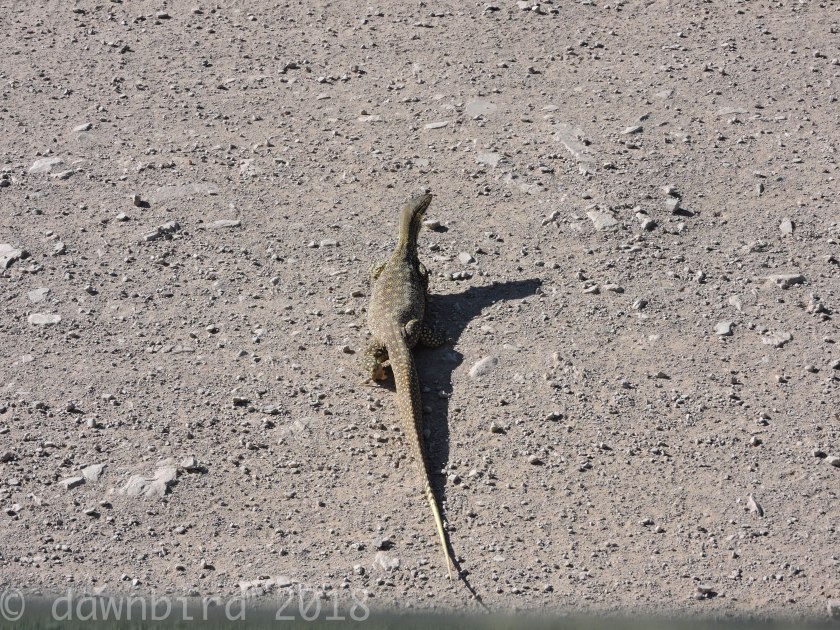 Soon he notices the hesitancy in my footsteps every time I heard something rustling.  He stops.  We listen.  He senses my vulnerability.  He says, “Stomp your feet hard when you walk.  If you hear something, it is moving away, trying to escape from you.  Just remember you are bigger than it“.  I carry his bush wisdom in the palm of my heart.  Months later, my footsteps audible, I’m walking a new path.

In the city my career success is visible in productivity.  Alone in the bush hut the first night, illuminated by inner light, there was nothing to shield me from my invisible reality.  So I faced a harsh truth eye to eye.

I had allowed a significant loss to surreptitiously define me.  Shattered by it, in a strange way, it was also a lifeline.  It reminded me, life would and could, go on.  And, it did.  It was a point of reference and came with a high price.  It silenced the real me.  In the darkness I made the move from the void, to where I yearned to be.  Next morning I shared my work with fellow writers, face to face, as me not pseudonym, for the first time in 17 years.

He was unaware of what he had encountered in the first “G’day”, but then, nor did I.  On reflection, I realize he was able to wrestle something deep within me that I was unable, or perhaps unwilling to access, but he did unwittingly, emerging from the experience, head and limbs intact.

And, I returned home, a new me.