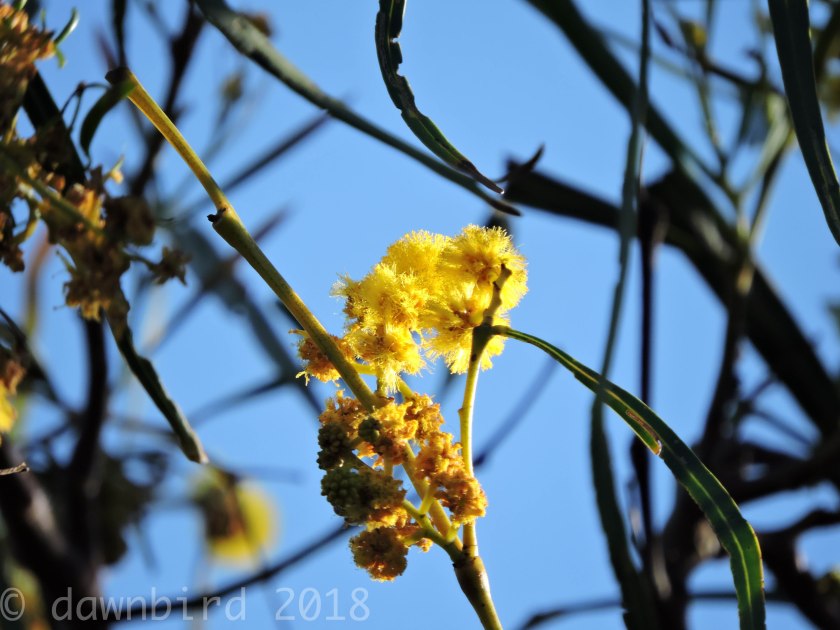 I’ll start by putting it out there.  I’m no sports fan.  After decades of living in Australia, I’m still getting my head around Australian Rules football (colloquially known as footy).  Briefly …

There are two local West Australian footy teams that belong to the Australian Football League (AFL); the West Coast Eagles (simply known as the Eagles) and the Dockers.  If I were to pick one team, it would have to be the Eagles.  They were the first AFL team in the West, followed by the Dockers.  The Eagles’ colours are blue and gold, and why not, the colours appear everywhere in the West.

I don’t understand how the selection process works for teams to play in the Grand Final Premiership but I do look forward to the Grand Final each year.  The Grand Final is on the last Saturday in September.  Die hard footy fans have BBQs and parties.  Sports bars do a rowdy trade.  On the Friday before, tffice staff bring in cupcakes, iced with blue and gold.  But me, I head to the shops because they are empty and the car parks are clear.  That’s what footy means to me.  Or so I thought.

The Eagles have made it to the Grand Final before, even winning a couple of premierships.  The drought, however, has been long and dry and the trophy held high above heads is a fading memory.  Not this year.  The Eagles made it to the Final. Oh! the jubilation!  And, the ridiculous airfares to Melbourne?  At $1800 – that’s another matter.  Despite airlines providing extra flights, there was not a seat to be bought by plane, bus or train, not even chartered buses were spare.  So fans did what fans do.  They piled into private cars, SUVs and utes and drove three days across the Nullabor.  With streamers and flags of blue and gold waving in the wind, scarves around necks and beanies on heads, they drove out of town their happy voices shouting,”Go Eagles!” to anyone within earshot with, “Bring it home boys!”, their response.

Last Saturday the city was a ghost town.  Little did I know it was the calm before the storm.

The Eagles were well behind when I checked in soon after the game began.  It broke my heart and I dared not watch.  I suddenly felt I just could not cope with the disappointment if they lost.  I kept busy, whispering softly, ‘brace yourself’ as I went about my chores.  I suddenly realised I hadn’t been to the shops but kept close to the TV all day.  Yes, me, the non-sports person!

I switched on the TV again and watched the last quarter.  The scores were close.  Too close.  In the moments that mattered, the final goal!  This one for the Eagles!  The siren went off seconds later.  The crowds erupted.  The roar was deafening.  It was primal.

I wiped tears that appeared from nowhere.  I was as proud as any West Australian that day.

5 thoughts on “What footy means to me”