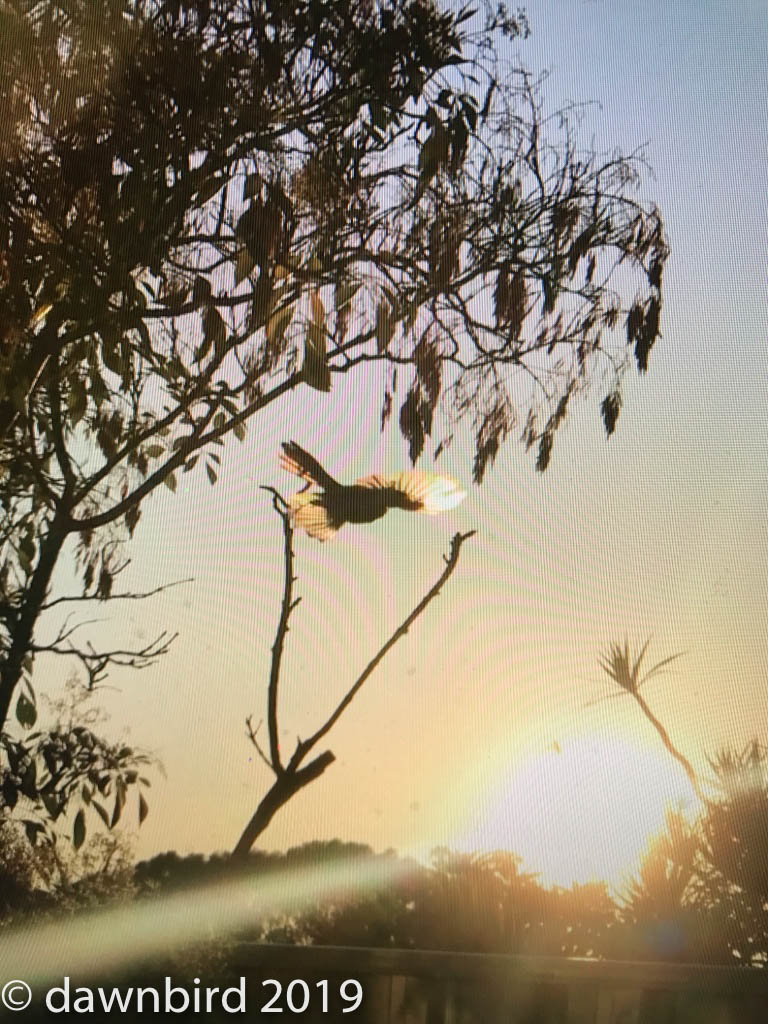 It’s been a crazy week.  Very hot temperatures last weekend followed by a winter storm.  The rain was not as heavy as predicted but the winds were strong.  I walked around the garden looking for Brave Willie but he was nowhere to be found.  I fretted he may have been blown further away in strong winds.  Although he was silent, too silent for a Willy Wagtail, his tiny presence was larger than life in the space we shared.

Then yesterday a bush fire flared up not far from home.  The area where I live has a lot of gum trees.  A fire in the distance makes everyone scan the horizon nervously.  So naturally, I didn’t sleep too well last night.  This morning I was woken by helicopters flying overheard, so low you could hear the whoop of the rotor blades.  No doubt they were scooping water from the lake.  I went to the back and could see nothing, nor was there smoke visible in the front of the home.  It was early and with no drama in sight, I thought I may as well start working.  I wrote reports for over an hour, deep in thought when I heard something.  My fingers froze.  My senses alert.  There it was, the unmistakably fluting sweet call of a Willy Wagtail.  I knew it was him!  How did I know?  Well, it was slightly off key!  But he tried again and again and between attempts, he got it right.  Seated on a high branch (yes, now confident in his flying skills), he was chirping away.

I went outdoors with my camera, I got him in the frame, focused and memory card was full!  Arrgh!  I left him and went indoors for my phone.  He was still tweeting his little heart out when I returned.  As the sun came up he lifted off into perfect flight .  My heart soared with him.

I can remember the first time I flew in an a plane.  In my mid teens I flew alone to Canada.  I didn’t want to sleep on the long flight in case I missed something!  In New York I went by helicopter from Kennedy Airport to La Guardia Airport.  I’ll never forget my wide eyed wonder when I saw Empire State Building all lit up at night.

The little girl who sat on the doorstep and dreamed of flying across the world one day, was living her dream.  Overwhelmed she just didn’t know it at the time.

With a flight scheduled next week, she does now.